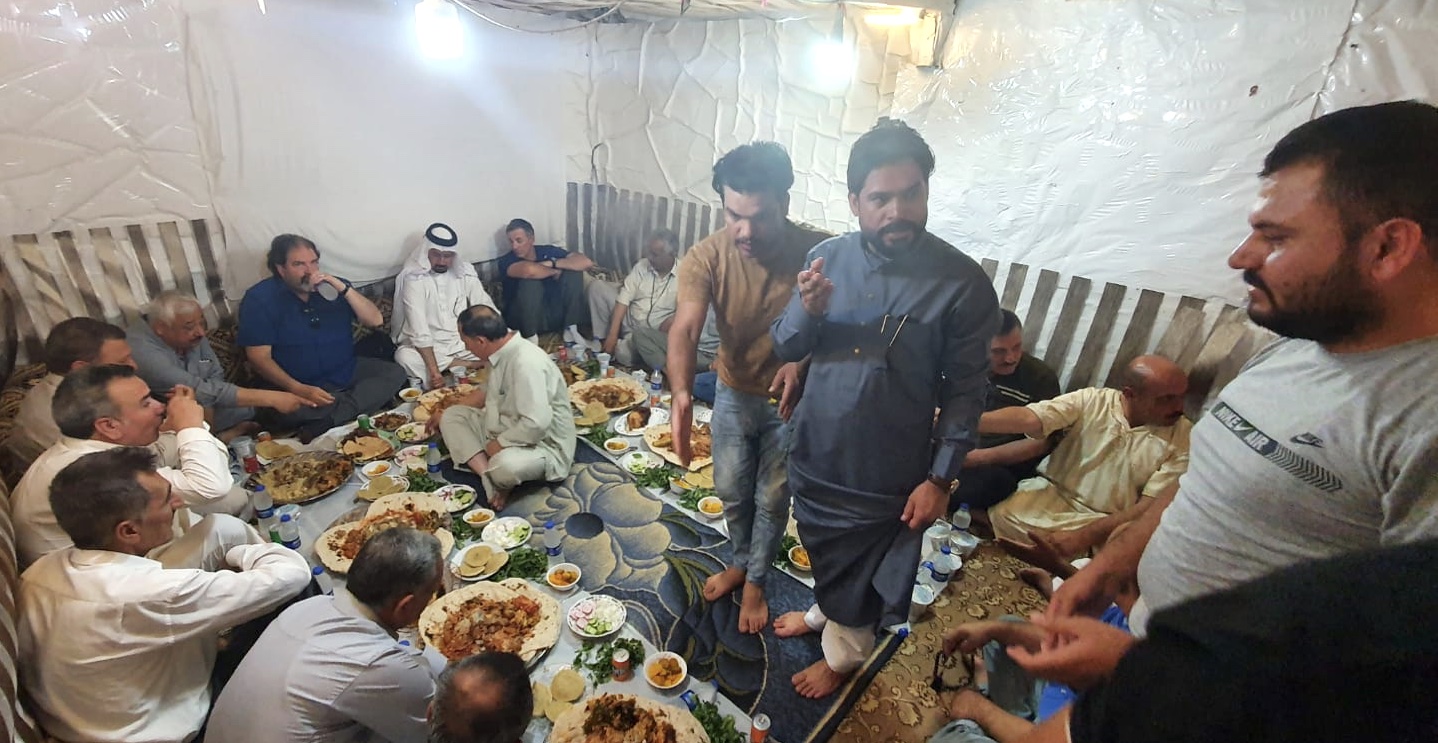 After almost two years of Covid lock-down, I was finally able to make my first international trip in July of 2021. I’ve been waiting to get back to Iraq to see and minister with some very close friends. My friend, Jamal, has faithfully been going to Iraq, particularly the Northern Kurdistan region, for almost 15 years. I’ve gone with him for 13 of those years. We minister to refugees, many who are still in tent camps even though many have now started re-locating to their former homes near Mosul and other areas of Iraq.

Joining me from St. Louis was my friend, Marc Cacciarelli who has traveled with me before to Iraq and Kenya. He loves the kids and was known as “The Candy Man!” It was good to have him along to load the big boxes of supplies into the trucks! We played games with the kids and Marc brought them several soccer balls and we had some fun on the camp field.

One afternoon we met with several tribal leaders who live in the refugee camp, including a Sheik who sat with me during one of our lunches. (See photo at top of article.) There were about 25 of us gathered to feast on the sheep we slaughtered the day before along with fish, chicken, veggies and great home-made bread. Imagine it being 115 degrees, no AC and many of the guys smoking! A dream come true… but what an experience! Lots of talk about relations with America, some good, some not so good! We shared with them and gave Bibles and books to those who were interested. All were Muslim, including our host Abakmehd. We have known Abbie for several years and believe that he is on his way to accepting Christ. He is a great host and helps us with the ministry to the kids and families in the camp.

We celebrated the circumcision of a young boy with a big feast one night in one of the streets of the camp. Again, nice to see the gang but the heat and smoke was difficult. Did I mention that the average temperature during the trip was around 112 with a high of 122 degrees one day in Mosul while visiting the monastery where ISIS began their bombing and rampage in 2014.

We spent a day visiting with the Peshmerga Army (Kurdish) and brought them some boxes of food and aid along with Bibles. They were very receptive and they even let us celebrate by firing off a few rounds!

We also celebrated the graduation of the ladies sewing class, visited Bible classes, preached and sang in a local church, visited an orphanage and retirement home and met with a number of Syrian refugee families who had to flee Syria with only the clothes on their backs after having their homes bombed. Their children watched many of their friends die and Jamal’s ministry is providing temporary housing, clothes, food and helping them find a way to immigrate to Australia and other receptive countries. We also had the great joy of being the first foreigners and Christians to visit the village of Sharabot. They fed us a great meal and gave us a tour of their gardens with grapes, figs, walnuts and peaches. Again, we shared boxes of supplies and Bibles and Christian books in their Kurdish language.

We finished our 10 days in Iraq by visiting long-time friends, Waleed, Alice, Maryam & Zomorod in their home in Quaraqosh, a suburb of Mosul. Their home had been burned down and almost all of the town was destroyed by ISIS. They have begun to rebuild and are doing well.

To cap off a great visit, we met with friends who had come from a neighboring country to confess their faith in Christ and to be baptized. What an honor to participate in such a blessed evening! > Thank you all for your prayers and support in this amazing ministry!